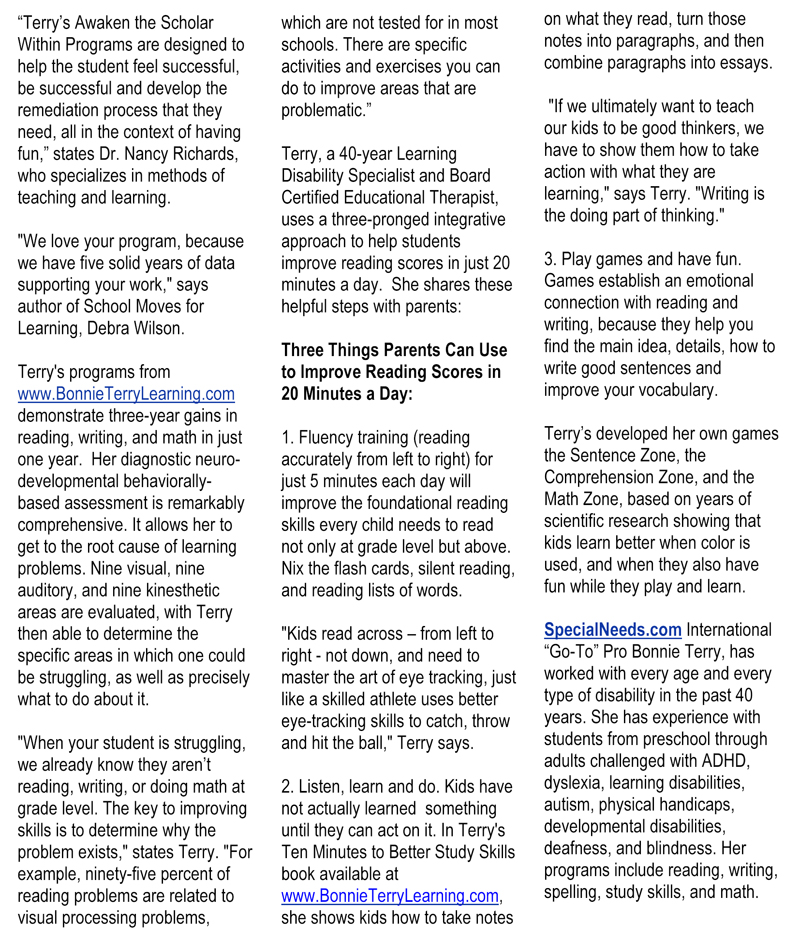 Due to few advances in the Nation’s Report Card, SpecialNeeds.com has announced Bonnie Terry, M. Ed., BCET as their International “Go-To” Pro. SpecialNeeds.com realizes that the nation’s report card needs to improve. After an extensive search, they have named Bonnie Terry of http://www.BonnieTerryLearning.com their “Go-To” Pro. Using her custom-designed “Awaken the Scholar Within Programs”, Terry has a record of realizing three years’ grade-level advancement in reading, writing and math gains for her students in just one year.

Students and researchers alike celebrate the gains. Parents, as well as teachers, now have an International “Go-To” Pro at SpecialNeeds.com to get advice on helping their students.

“My son turned his school performance around so much that he was moved from the lowest groups to the middle groups and then to the highest groups. It was amazing. He was so excited, because work that he had previously struggled with became easy,” says parent Karen Macy.

Terry’s developed her own games the Sentence Zone, the Comprehension Zone, and the Math Zone, based on years of scientific research showing that kids learn better when color is used, and when they also have fun while they play and learn. 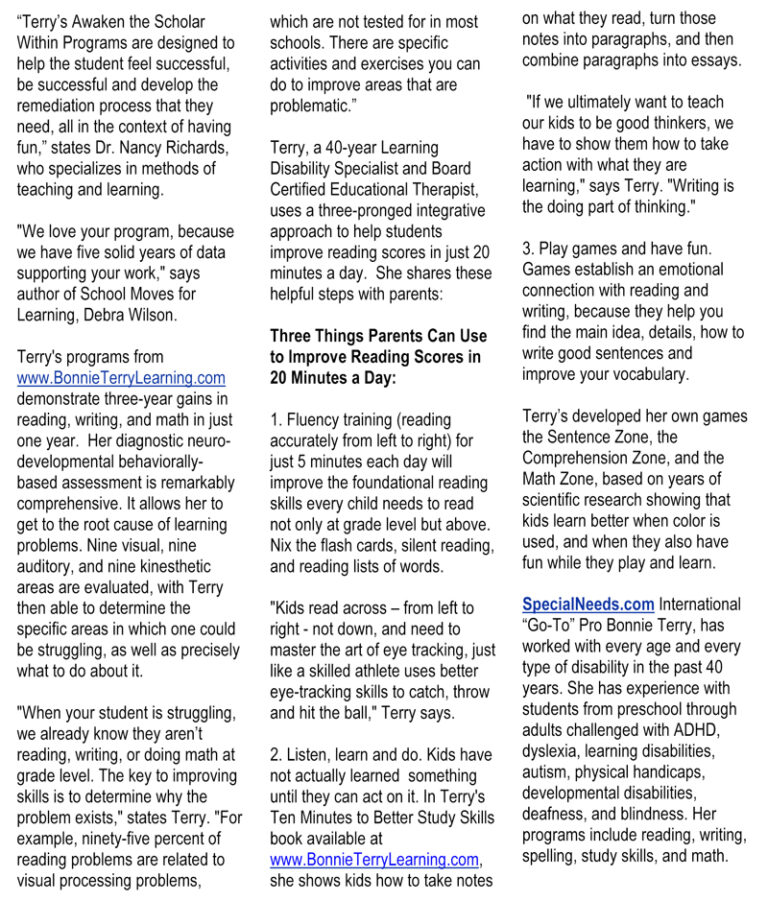