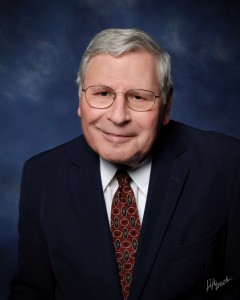 Aggressive or violent behavior can be a very difficult and discouraging issue to manage, especially for special needs parents and caregivers. Violent behaviors hinder progress in IEPs, in learning plans, and in becoming mature in personal independence and social skills.

More and more, it is becoming clear to the medical community aggression is not part of most mental illnesses. However, mental illness can set the stage for aggression to occur more often and more unpredictably as a secondary symptom as follows:

1. Autism and other developmental disabilities hinder normal maturing of the adrenaline arousal system (an instinctual, physical response to crisis or danger.)

I call these aggressive scenarios Immature Adrenaline Systems Over-reactivity (IASO). Instead of burying the behaviors with psychiatric medications, the behavior can be prevented from being triggered in the first place. IASO treatment uses adrenaline blockers ( alpha-blocker such as doxazosin and beta-blocker such as Bystolic or propranolol) to protect nerve cells from excess adrenaline that triggers rage. Adrenaline blockers are less intrusive than psychiatric medications, and can be individually adjusted to allow each patient to function quite normally. With this new regimen, time, and behavioral help, many patients can outgrow IASO and cease treatment for rage. For children who also have a primary MH diagnosis, behavioral modification and other treatment plans often become more successful after rage is reduced or eliminated.

There are two clusters of symptoms of IASO, and there are physical and behavioral symptoms that help identify each of them.

1. Becomes more violent if there is any attempt to hold or restrain them

3. Threatens to kill or harm others or claims to hate people they love

4. Aggression seems focused and deliberate toward particular people or targets

6. Does not apologize or seem remorseful

7. Denies certain behaviors happened or seems not to remember the event

1. Certain adults can calm the child quickly by talking to or holding them

2. Has sudden explosions of anger when frustrated

3. Randomly hits out at whatever is nearby (others, objects or self)

4. Says that they tried to stop but could not

7. Complains that their heart was beating fast or hurting during the episode

8. During episodes or when excited, has hand or finger tremors

9. Bites or picks at fingernails or skin

10. During episodes is unusually strong

12. Tends to run a high resting heart rate (90 beats per minute or above)

This year we published reports of numerous successful cases of IASO treatment in individuals with Autism, Bipolar, Developmental Disabilities, Obsessive Compulsive Disorder and some with seemingly no problems but the rage. The aggression was eliminated or brought significantly under control in approximately 80% of patients treated for IASO. A number of patients were able to mature their behaviors and cease the medication.

IASO is an informal label we began using in the field in 2011 because it is a recent ‘discovery’. Discovery is in quotes because it leverages various bits of older medical knowledge in new ways. IASO comes directly from experience in the field, not from ‘clinical trials’. Therefore, most physicians have not heard of IASO and are not easily convinced to use IASO treatment.

For more information on IASO, refer to the book named “Hope for the Violently Aggressive Child”. A companion website of the same name (www.HopefortheViolentlyAggressiveChild.com) was created to facilitate discussion of IASO technical details, successes and attempts by families to persuade their doctors to use it.